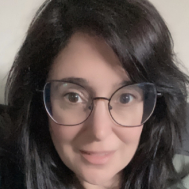 At its annual general meeting, the Alberta United Conservative Party (UCP) considered banning Critical Race Theory and discussions about privilege, racism and diversity in classrooms across the province. While the UCP voted down the controversial proposal, here’s why we should still be concerned.

The party voted the resolution down based on its wording, not its spirit. It was rejected not because it violated freedom of expression or was blatantly racist, but instead because it didn’t get at what party members were worried about, “the indoctrination of their children in schools,” according to David Parker, executive director of third-party advertiser Take Back Alberta.

There’s nothing new or locally distinct about bans on Critical Race Theory (CRT). As political scientist Andy Knight has articulated: “Since the Black Lives Matter protests of 2020, the theory has become grossly distorted.” What began as a series of concepts that many now take for granted — like the social construction of race, systemic racism, intersectionality and equity — has now been used as a lightning rod for racial anxiety by neo-conservative media outlets to generate hysteria across North America.

As a result, 23 U.S. states have either banned CRT or have bills currently moving through the legislature, despite the lack of evidence that it is taught in public schools.

What makes this concerning for university and college professors in Canada is the way anti-CRT ideology circulates. Theresa Zackodnik, English professor and expert in Afro-American feminisms, said it “circulates in a way that when anyone says racism is located in a given place, that itself becomes a racist act. So the argument then becomes that universities don’t have a licence to teach these things.”

The University of Lethbridge, where I currently work, is no stranger to this ideology and has fallen prey to it in the past through its adoption of the University of Chicago principles on free speech — another conservative bid to unite the right and put a chill on the tenets of liberal education.

According to James Turk, director of the Centre for Free Expression at Toronto Metropolitan University, it’s no coincidence that the University of Chicago’s principles have been embraced by the Canadian right. In the spring of 2014, protests took place across the U.S. in opposition to a range of mostly right-leaning speakers, including former U.S. Secretary of State Condoleezza Rice. Rice was scheduled to deliver a convocation speech at Rutgers that was later cancelled, leading to increased political action under the banner of the ‘culture wars’ and ‘cancel culture’ respectively.

What should be concerning, however, is not the Chicago principles themselves, but the fact that they are a partial reflection of the U.S. constitution’s first amendment principles that are almost limitless in scope, unlike those that appear in the Canadian Charter of Rights and Freedoms. The Canadian populist right, starting with Ontario Premier Doug Ford’s decision to tie university funding to the Chicago principles, has adopted and defended them with zeal.

As a university professor whose life’s work would be enthusiastically banned by some members of the UCP, including our current Premier, and whose university has adopted the Chicago principles in the past, I have my reservations about whether my academic freedom will be defended as vigorously as those who occupy space on the political right. The University of Lethbridge’s Women’s Studies department has been underfunded since I arrived seven years ago. We haven’t been awarded any new hires to replace retirements, thus reducing us to two full-time faculty. We’re currently under threat of amalgamation and cancellation because our value isn’t measured beyond revenue streams.

What is shocking is not the lack of support for Women and Gender Studies — one can expect that in a highly socially and politically conservative enclave of the country. What is shocking is that, rather than speaking out against such ideologies, many governments, institutions, equity offices and administrators would prefer to reduce intersectionality to an essentializing version of identity politics that is devoid of the structural analysis it is meant to engender. Moreover, they often misread Critical Race Theory in a way that produces colonial divide-and-rule intergroup conflict instead of the call for systemic and structural change that it is. It takes more than adding diversity and stirring it into dysfunctional power structures to make change.

This is a signal that our political leaders and party members, the voting public, and increasingly administrators, professors and students may not be able or willing to realize the changes needed to transform our institutions, and a conservative ideology that, ironically enough, constitutes the worst form of government encroachment and cancel culture.

Caroline Hodes is an Associate Professor and current Chair of Women and Gender Studies at the University of Lethbridge. She is co-editor of the forthcoming volume published by Athabasca University Press: Racism in Southern Alberta and Anti-Racist Activism for Change.

President’s message / Democracy on the line

By CAUT Staff In late November, letters between Laurentian University and the province that had... Read more