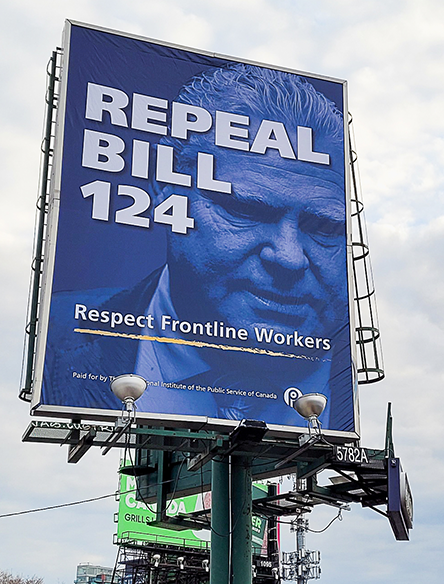 The Canadian Association of University Teachers (CAUT) welcomes an Ontario Superior Court decision to overturn Bill 124, legislation which capped public sector wage increases at one per cent a year for three years. The Court found that the bill violates the Charter-protected collective bargaining rights of workers, including academic staff at universities and colleges.

“This is a big win for public sector workers, including university and college staff,” said David Robinson, CAUT Executive Director. “Once again the courts have upheld the principle that when governments substantially interfere in collective bargaining, they are violating rights guaranteed in the Charter.”

The ruling, if it stands, opens the door for back pay for the approximately 780,000 workers who were affected by the one per cent limit since 2019. The Ford government has said it intends to appeal the ruling.

By CAUT Staff In late November, letters between Laurentian University and the province that had... Read more
/sites/default/files/styles/responsive_low_constrict/public/october-bulletin-2022-davidrobinson.jpg?itok=UUm2W9HN
January 2023

By David Robinson The crisis rocking Laurentian University for nearly two years has been a tire... Read more
/sites/default/files/styles/responsive_low_constrict/public/dec-jan23-bulletin-council-highlights.png?itok=vk0OZgD8
January 2023

Report from Quebec: Focus on academic freedom and inclusion Caroline Quesnel, president of the... Read more