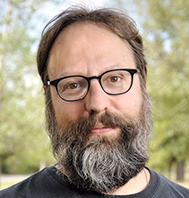 Recent alarming calls and attempts to overthrow democratically elected governments in Canada and the United States — both assumed to be paragons of democracy — certainly gives one pause. But, when added to the fact that we find ourselves in the midst of a global democratic recession, it gets downright disturbing.

Democracy is vulnerable and fragile. It requires maintenance, participation, vigilance and constant re-assertion. If left unattended, it can drift, or be pushed, towards illiberalism and ultimately authoritarianism.

When discussions turn to the pillars of democracy, folks will often name the free press, the legislature and the judiciary as the institutions that serve as a vital check and balance on power. Named with much less frequency is the academy.

A country’s institutional commitment to academic freedom is a key indicator of whether its democracy is in good health.

If we look at the United States as a not too distant early warning, the signs are clearly present and add to a growing body of evidence that the country’s democracy is in danger. In a new twist on McCarthyist Cold War era tactics, the Brookings Institute reports that at least 29 states have or plan on passing legislation banning entire areas of study, like critical race theory, with many of these bans extending into higher education. Some legislatures, like Oklahoma, are pushing even further to eliminate discussions of gender, implicit bias and intersectionality.

Further down this path, Georgia has recently eliminated tenure, none of which bodes well for what many considered a once shining example of democracy.

While the banning of critical race theory and the elimination of tenure in Georgia offer clear and dramatic threats to academic freedom, perhaps staying true to stereotypes, things are much more subtle in Canada. Here the backsliding comes in the form of slowly eroding tenure and, by extension, academic freedom as an estimated one-in-three professors at Canadian universities are now contract academic staff.

You may be wondering how eliminating tenure relates to democracy. It’s an earned permanent appointment and is required to help ensure that the principles and protections that fall under academic freedom are not an empty promise. Without tenure an academic could be silenced by threat of termination. But yes, academics can still be fired for just cause.

It gets more troubling when one considers Canada is undergoing the most profound policy changes to the postsecondary sector in decades as both Ontario and Alberta implement performance-based funding systems, with Manitoba, and likely, Saskatchewan each poised to implement their own similarly-focused funding frameworks, leaving New Brunswick and Quebec openly musing about following suit.

Make no mistake, these performance-based frameworks sharply narrow the meaning of “performance” to labour-market, industry and economic outcomes; for example, included among the 10 indicators Ontario has implemented are “graduate employment earnings” “and “research funding from industry sources.”

The metrics, in effect, steer universities away from fostering critical, creative, and well-rounded citizens—who perform research in the public interest— toward drastically retooled, narrowly conceived “outcomes” focused on serving the current labour market and performing corporate-styled research and development. In this struggle, what is at stake is nothing less than the heart and soul of our universities.

What is academic freedom?

Within healthy democracies, academic freedom, if not always respected, is at the very least, tolerated and protected. There’s an understanding that it may be invoked to inform public policy, disrupt inequitable power structures or act as an unpopular corrective on the very governments, structures, institutions and cultures that are asked to defend and support it.

In return for defending a robust academic freedom, a country’s university faculty are enabled to speak truth, act as a check on government and help foster critical and creative, participatory citizens whose formation prepares them for a lifetime of democratic engagement. But of course institutions of higher learning are one, not the only, site for teaching and learning and practising these critical skills and habits of mind.

The academic freedom entrusted to faculty is usually described in one of two ways. The first manner aligns academic freedom with rights, privileges and freedoms. The second, brings in concepts such as responsibility, duty and whistleblower protection.

The first description is often used by critics who inevitably trot out the “ivory tower” metaphor to describe the academy. The second is found in the language used by its defenders, whose own metaphor for the university’s role in society might be “lighthouse.”

In the second concept every tenured professor is a potential whistleblower, or societal lighthouse keeper and can work in tandem with a free press for reporting on elected governments and their policies, providing transparency and accountability.

It is a delicate balance where the scales can easily be tipped in the opposite direction. It is not difficult to imagine the potential for wealthy private donors, multinational corporations, a populist mob or even the government itself, to bring it all down.

As more countries flirt with democratic backsliding, we should all be concerned. A country’s tolerance and respect for academic freedom serves as a key indicator of the health of its democracy; let’s not ignore this important warning.

Marc Spooner is a professor in the Faculty of Education at the University of Regina. An earlier version of this article first appeared on February 8, 2022 in The Conversation.

President’s Message / A wave of militancy

by Brenda Austin-Smith More CAUT associations are currently on strike, or preparing for job... Read more