Canada’s research community owes much to these women who came forward 18 years ago to challenge systemic bias in the CRC program and the six remaining who persevered in holding the program to account with an appeal in 2017. This action resulted in important changes in the program and more broadly within institutions. The Lee Lorch Award went to Geoff Rayner-Canham, Honorary Research Professor and Professor Emeritus with the Department of Chemistry and Environmental Science at Memorial University. An outstanding scholar, dedicated educator, and a source of inspiration to the wider community, Rayner-Canham has received many awards for excellence in teaching, research and science promotion. For over 40 years, he has worked tirelessly to recruit students, and especially women, to chemistry. He has raised public awareness of science across Newfoundland and Labrador, developing an outreach program for remote Inuit, Innu, and Mi’kmaq communities. Rayner-Canham was also actively involved with the Memorial University of Newfoundland Faculty Association and with his professional association, holding various roles over his career. 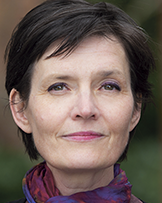 Dr. Helga Hallgrímsdóttir, past President of the University of Victoria Faculty Association, was awarded the Donald C. Savage Award for excellence in bargaining. Helga’s focus on involving association members has made the Union more democratic and successful in making gains for members. 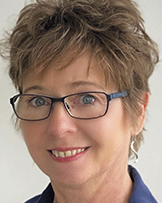 Geneviève Boulet, an Associate Professor of Educational Mathematics at Mount Saint Vincent University, has been presented with the Sarah Shorten Award in recognizing of contributions to the promotion of the advancement of women in Canadian universities and colleges. Boulet has held various roles with the Mount Saint Vincent University Faculty Association (MSVUFA), including as the first woman Chief Negotiator. She has provided an inspiration to challenge patriarchal systemic oppression in higher education through her leadership in bargaining within a feminist framework and from her educational work which aims to advance women and girls in the field of mathematics. As Chief Negotiator, Boulet supported MSVUFA in a feminist review of its collective agreement, leading to many gains of importance to equity-seeking members, including improvements to leaves for domestic violence, compassionate care and family caregiving. 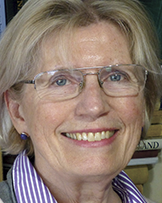 Jane McAlevey is a Senior Policy Fellow at the University of California at Berkeley’s Labor... Read more
May 2021

University of Toronto under censure