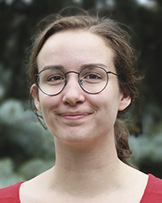 CAUT has hired Janna Bryson as a Research Analyst. Janna has a background in research, communications, and journalism and has experience in anti-oppressive and labour organizations. She has worked as a Research Assistant for the Canadian Labour Congress, the Ottawa Coalition to End Violence Against Women, and Crown-Indigenous Relations and Northern Affairs Canada, and sat on the CUPE 4600 Bargaining Research Committee. 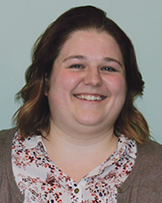 Geneviève Charest grew up in Ontario, Québec, New Brunswick and Nova Scotia, and came to Ottawa in 2007 to pursue a Bachelor of Journalism, Combined Honours in Journalism and Political Science at Carleton University. She also completed a Bachelor of Arts with Specialization in French-to-English Translation at the University of Ottawa.

Since then, she has worked in a variety of communications, translation and project management roles within the non-profit sector, from the Fédération de la jeunesse canadienne-française (French Canadian Youth Federation), to Amethyst Women’s Addiction Centre, to the Canadian Federation of Students. Geneviève is passionate about social justice, equity and access to education.

By Brenda Austin-Smith Despite some improvements in our sector since the passage of the... Read more
/sites/default/files/styles/responsive_low_constrict/public/bythenumbers-background.png?itok=q_VGXAWG
February 2021

By the Numbers / Academic staff with disabilities