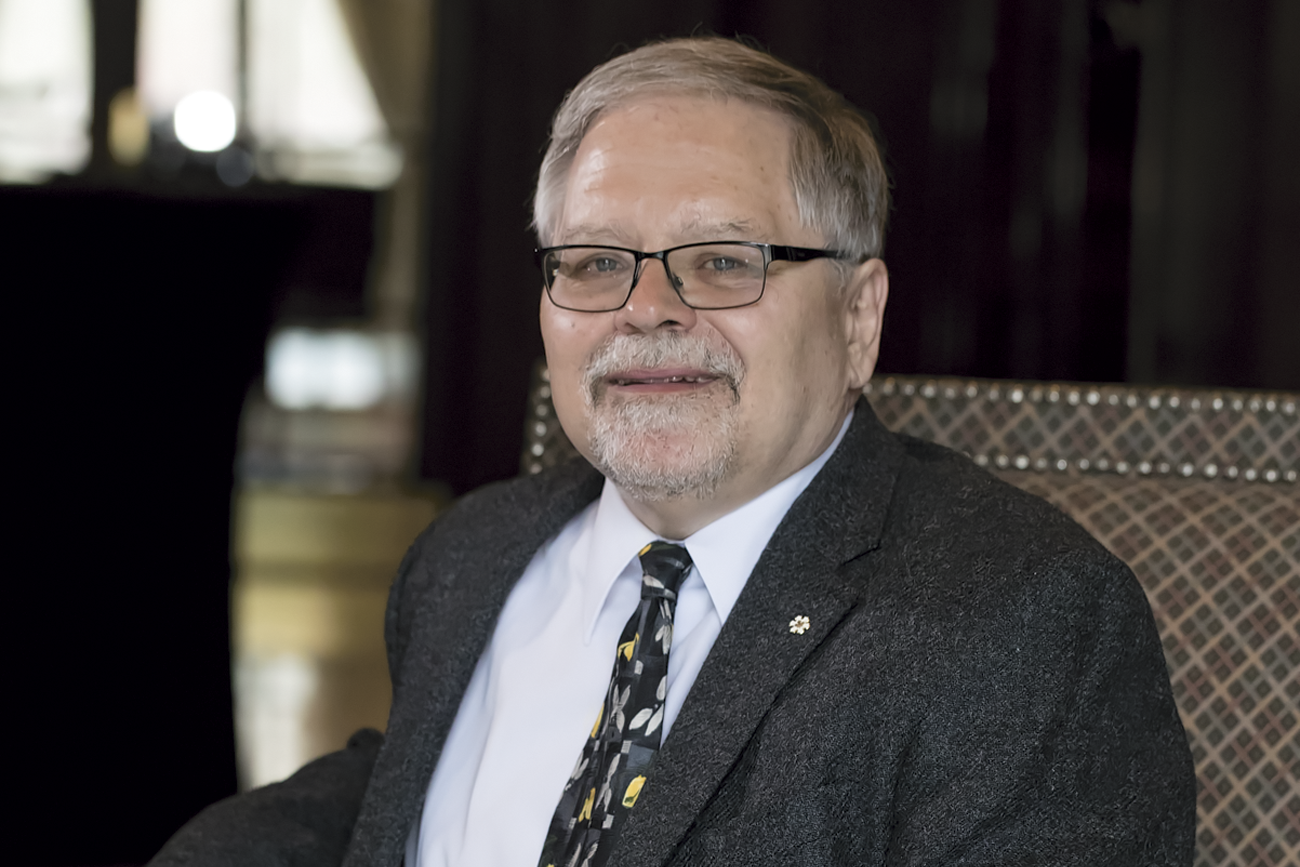 The CAUT award is given annually to recognize an academic for outstanding teaching, research and service.

Smol founded and co-directs the Paleoecological Environmental Assessment and Research Lab (PEARL), a group of about 30 research scientists, post-doctoral fellows and graduate students, whose research focuses on studying historical and longer-term environmental changes. He has also led research on circumpolar Arctic lakes for more than three decades and is considered one of the world’s leading experts on climate change. A prolific researcher and writer, Smol has authored 21 books in addition to more than 500 journal publications and book chapters.

“At best, science is being underused by politicians and the public-at-large. At worst, science is being misinterpreted, misrepresented and misused,” he told Council delegates during the dinner held in his honour April 28, adding that a third of Canadians don’t believe humans and industry cause climate change.

Criticizing the 10 years of the conservative government, Smol made a plea for science, the value of evidence-based policies, and the importance of publicly-funded research institutes like the Experimental Lakes Area. To put things in perspective, he noted that the federal government will spend $85 million per aircraft on new fighter jets, enough money to run the ELA for 44 years.

“Scientists must speak up and engage in the public debate. The stakes are too high not to engage. We need to rebuild the public trust in science.”

From our readers / CAUT’s equity analyses flawed by inappropriate comparisons

Jim Clark at the University of Winnipeg writes Although it would seem reasonable that analyses... Read more