Every month we send our supporters a newsletter with the latest CAUT and post-secondary education sector news. This newsletter was published on April 26, 2022. Subscribe to get the newsletter straight to your inbox.

Seven-week strike comes to an end at Sainte-Anne 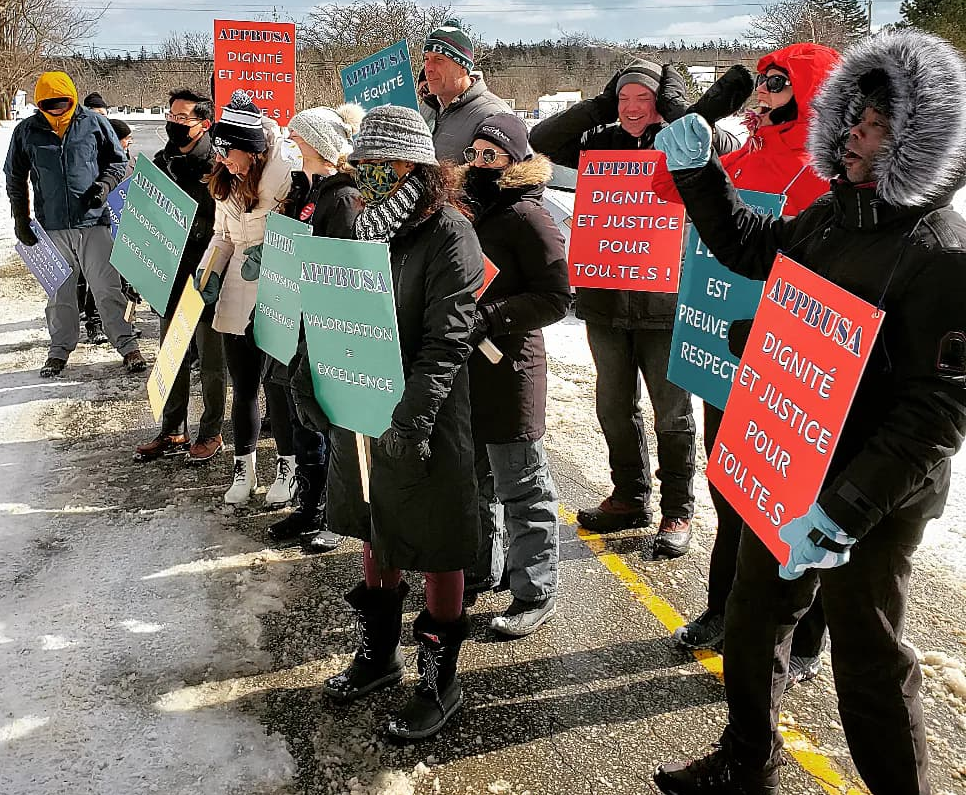 Academic staff at Université Sainte-Anne have ended their seven-week strike after agreeing to resolve remaining issues through binding arbitration.

The academic staff association is pleased with the outcome but is frustrated that it took so long to reach an agreement to go to arbitration. University officials were initially resisting allowing an independent arbitrator to help resolve outstanding issues, including the role of academic staff in decision-making about educational matters.

Members of the Association des Professeurs, Professeures et Bibliothécaires de l’Université Sainte-Anne (APPBUSA) walked off the job on March 3, after eight months of bargaining.  This was the first ever strike at Sainte-Anne, and the longest academic union strike in Nova Scotia’s history.

The province stepped in to appoint an Ontario mediator, Michelle Flaherty, to help resolve the strike at Nova Scotia’s only French-language post-secondary institution.  The mediation enabled APPBUSA to make some headway on issues that the University administration had been initially refusing to discuss.

“Today’s report is a damning indictment of Laurentian University’s administration,” said CAUT Executive Director David Robinson. “The report shows that the administration intentionally delayed the disclosure of important financial information to the faculty association and ignored collective agreement provisions that would have avoided the costly legal proceedings over the past year.”

“It is absolutely scandalous that the University leadership used money intended for employee health benefits and academic research for its capital projects and other purposes,” Robinson noted. “It then diverted more than $24 million to high-priced consultants and lawyers handling the unnecessary insolvency proceedings, while at the same time demanding staff lay-offs and program cuts.”

Robinson says the only path forward for the University to reclaim trust is for President Haché and other senior leaders to immediately step down.

“After reading today’s report, no one can reasonably have any confidence in Laurentian’s leadership. Students, staff, faculty, and the broader community deserve better. If President Haché and others refuse to do the right thing and step down, the Board should fire them immediately.

Earlier this month, the federal government released its 2022 budget.  While CAUT welcomed historic investments in public health services championed by the  labour movement —including pharmacare—it gave failing marks to the budget for not delivering major new spending on post-secondary education.

In a press release, CAUT noted that the budget did little to ensure equitable and affordable access to university and college education and contribute to creating quality jobs in post-secondary education over the long run.

“We are slowly coming out of a global pandemic that has exhausted our staff and faculty in the post-secondary education system—and further depleted the already over-stretched capacity of universities and colleges to do research as well as educate and train nurses and other frontline workers,” says CAUT President Brenda Austin-Smith. “How do we now also contribute to ensuring that we have the right people trained to deliver new federally-funded programs?”

CAUT welcomed the government’s research investments inthe Tri-Council agencies in the Canada Excellence Research chairs program. However, in line with the recommendations of the Fundamental Science Review, CAUT is calling for renewed investments in investigator-led research.

CAUT Executive Director David Robinson says the legislation needs to adopt a broader interpretation of academic freedom as encompassing the right of academic staff to teach, to research, to participate in and criticize the governance of their institutions, and to engage in public debate and criticism without institutional censorship.

The proposed legislation, if amended, might help extend legal protections to those, such as academic administrators, who are not covered by academic freedom language in collective agreements, but it should not contradict or conflict with the legal rights and enforcement tools available in labour law.

“For academic staff, the strongest protection for academic freedom in Quebec and the rest of Canada has been through labour law,” says Robinson. “The legislation should not jeopardize that legal foundation.” 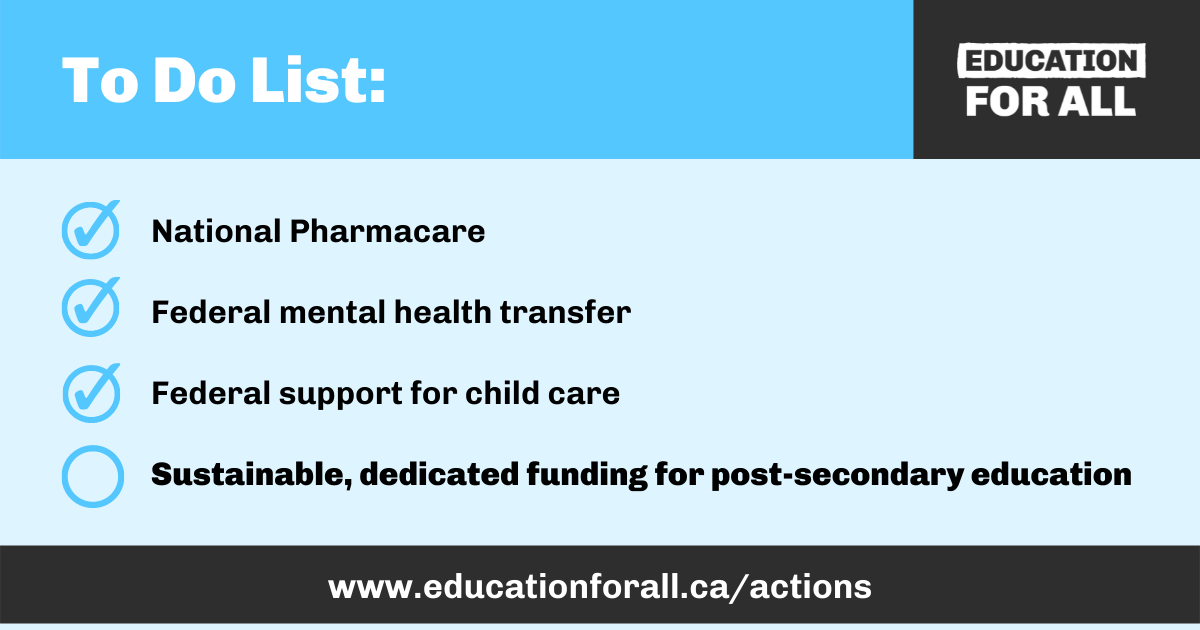 “The funding shortfall for post-secondary education is devastating to students and communities,” said CAUT President Brenda Austin-Smith.  “The federal government simply can't abandon students and their families any longer.”

The bill tabled by NDP MP Heather McPherson (Edmonton-Strathcona) sets out how the federal government would transfer funding for post-secondary education to the provinces in the same way it provides healthcare funding through the Canada Health Transfer. The bill stipulates that federal funding would be used to support non-profit public institutions. The bill would also regulate the overuse of precarious workers by universities and colleges.

The Private Members' Bill will need government support for it to be debated in the House of Commons this parliamentary session. Click here to show your support for this debate. 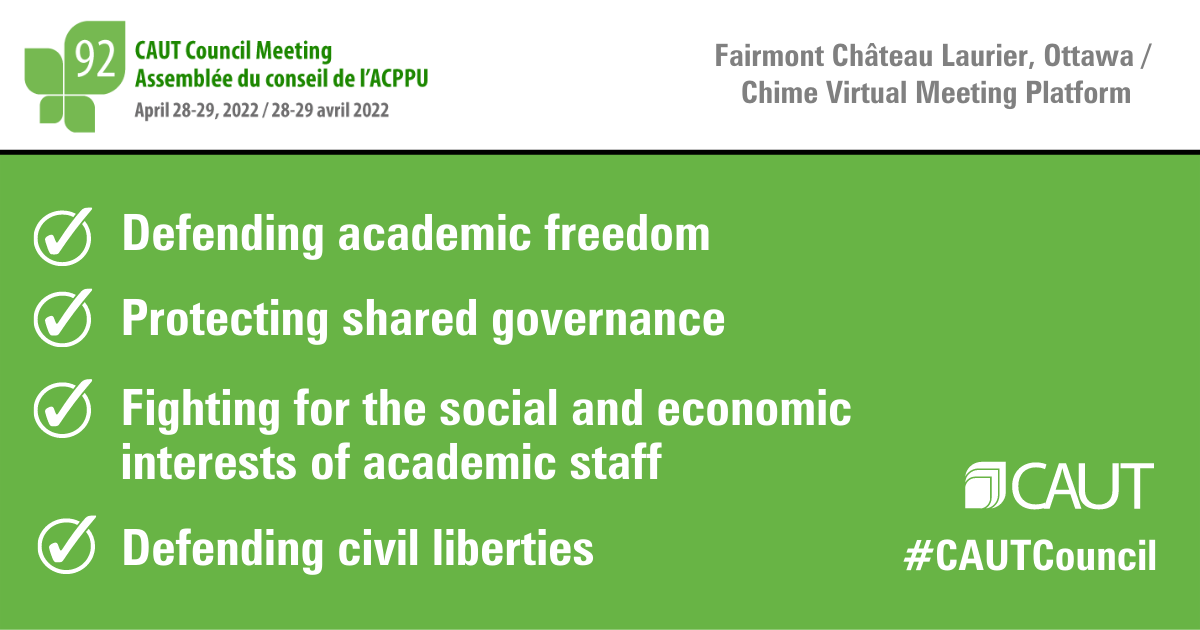 Thursday, April 28 and Friday, April 29, 2022, from 12:30 pm to 5:30 pm (Eastern time).
The Council meeting will be held both in-person and online. Any questions about the meeting should be directed to Marcel Roy, CAUT Meeting and Event Planner, at roy@caut.ca.