October Advocate: CAUT at the Senate - CUPE 3912 on strike - Spotlight on precarious employment

Every month we send our supporters a newsletter with the latest CAUT and post-secondary education sector news. This newsletter was published on October 28, 2022. Subscribe to get the newsletter straight to your inbox.

“The CCAA process is inappropriate and unnecessary for publicly funded universities and colleges and is counter to fundamental values and principles of those institutions, including quite centrally collegial decision-making and academic freedom,” said Robinson.

In February 2021, Laurentian University was the first ever publicly funded university to apply for and receive CCAA protection. CAUT continues to stand by its position of this as an unnecessary, inappropriate, costly, and destructive decision by the university’s administration.

Earlier this year, CAUT released a commissioned report by Simon Archer of Goldblatt Partners and Virginia Torrie, Professor of Law at the University of Manitoba, on the CCAA and its application to universities. The report emphasizes the pressing need to amend the CCAA and the Bankruptcy and Insolvency Act to preclude its use by public universities and colleges.

A feature was this year’s keynote, Richard Bradbury, who discussed how he and his negotiating team won permanent contracts for lecturers in the latest round of bargaining at Open University in the UK. Open University is the largest provider for distance learning in the UK with most of the teaching delivered by over 4,800 staff known as Associate Lecturers (ALs), who are employed on casualized contracts.

CAUT’s weeklong event prompted lively discussions on video conferencing and social media related to the consistent rises in precarious employment on campuses, and suggestions for tools and strategies to shift the tide.

CAUT staged a Social Media Day of Action that saw 987 posts (an average of 197 per day) on social media using the hashtags #MakeItFair / #JusticePourTous #Fairness4CAS / #JusticePourLePAC and #Fairness4CF.

During Fair Employment Week, CAUT’s association members such as QUFA, UWOFA, AASUA, UOITFA, and OCADFA hosted related events on campus to amplify the event’s message of fairness and justice for all.

McInnis spoke about how the profession has served in the forefront of complex issues facing post-secondary education — from academic freedom and collegial governance to union activism. Kate Cushon, Chair of the CAUT Librarians’ and Archivists’ Committee, framed the conference as an opportunity to take stock of the professions, workplaces, and the status of collective resistance on the heels of three years of social, personal, scientific, and political challenges and upheaval.

One of the key issues discussed by attendees was how shared governance has long been a defining principle of universities and colleges, and a right of academic staff. Although, many administrations continue to weaken collegial governance bodies and curtail the valuable participation of academic staff. Other discussions centred around ways that librarians and archivists could successfully protect and increase meaningful academic representation on institutional decision-making bodies, and how to more effectively advocate within institutional structures.

Workshop group exercises on the second day focused on developing an impactful campaign message, campaign planning and collective bargaining to create and organize a successful campaign. 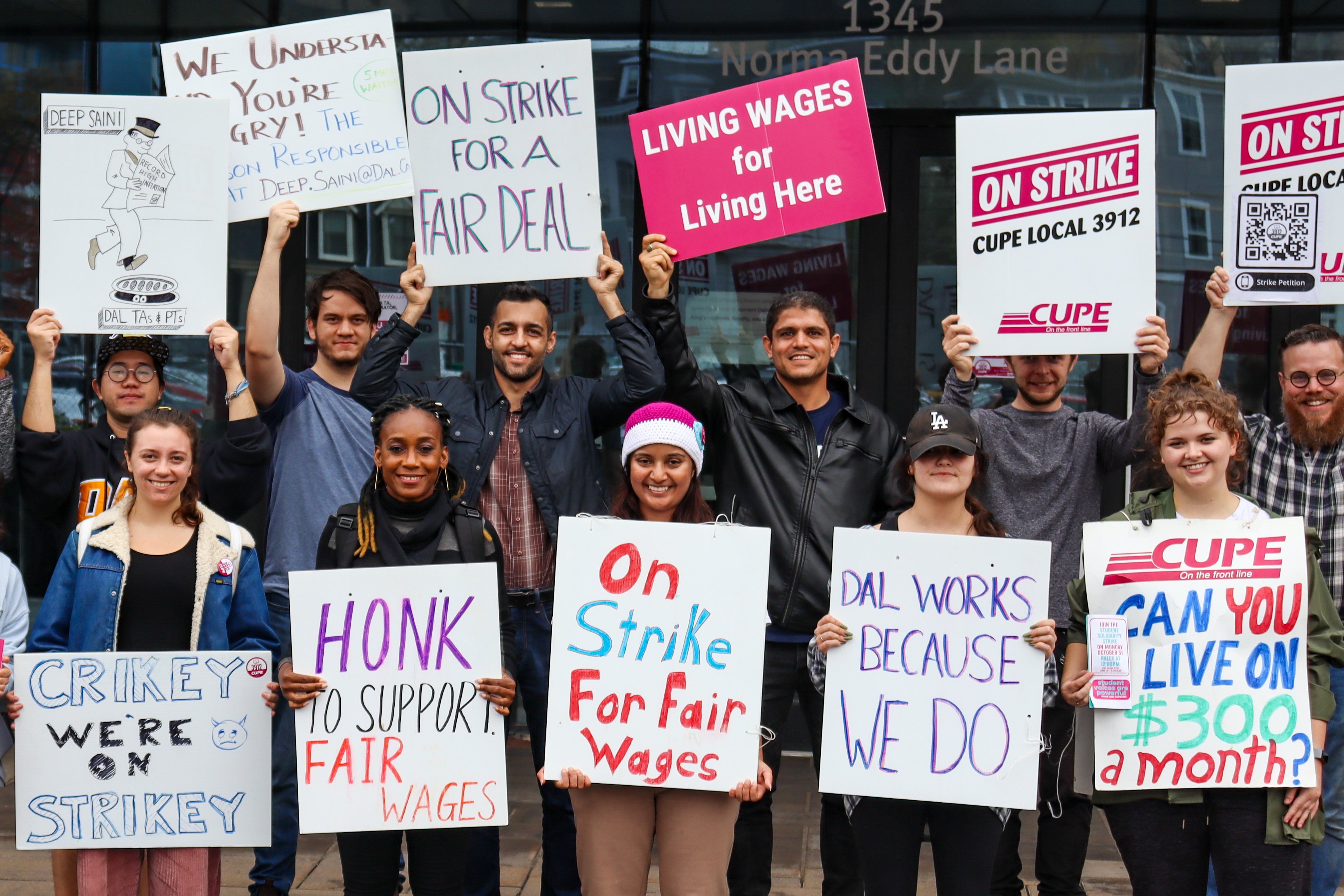 Dalhousie University is seeking fair working conditions and pay raises that would, as Dr. Gabor Lukacs, communications officer of CUPE 3912, said, “...put us into a situation that is comparable financially to our peers at other Canadian research universities and compensate for inflation.” Union organizers asserted that these precarious university workers make much less than other Canadian research universities pay for similar work.

The most recent set of negotiations took place on October 17 and 18, 2022, and the Dalhousie Administration walked away from the table. Their final offer was a lot lower than what CUPE 3912 surveys showed was acceptable to their members. The university also refused to offer a four-year agreement — a standard practice for academic collective agreements.

According to CUPE 3912, the Dalhousie Administration has offered increases over three years that fall short of what the workers are asking. This is evidenced in numbers on CUPE 3912’s website such as PTAs being offered the following over three years 12.28%, 11.43%, and 11.09% depending on the tier. Whereas Dal workers are offering PTAs be paid 17.54% (over four years from 2020-2023). Also, the administration is offering Teaching Assistants 17.69%, whereas CUPE 3912 workers are asking for 27.33%.

A CUPE 3912 update on the negotiations stated that on October 24, 2022, Dal Administration sent a notice of arbitration to have a third party decide on the wages the workers deserve. The union update said, “We believe arbitration is premature since it is only the first week of strike. However, we are always open to meet them at the bargaining table, if they decide to return.”

Help us improve our service to you: Bulletin survey 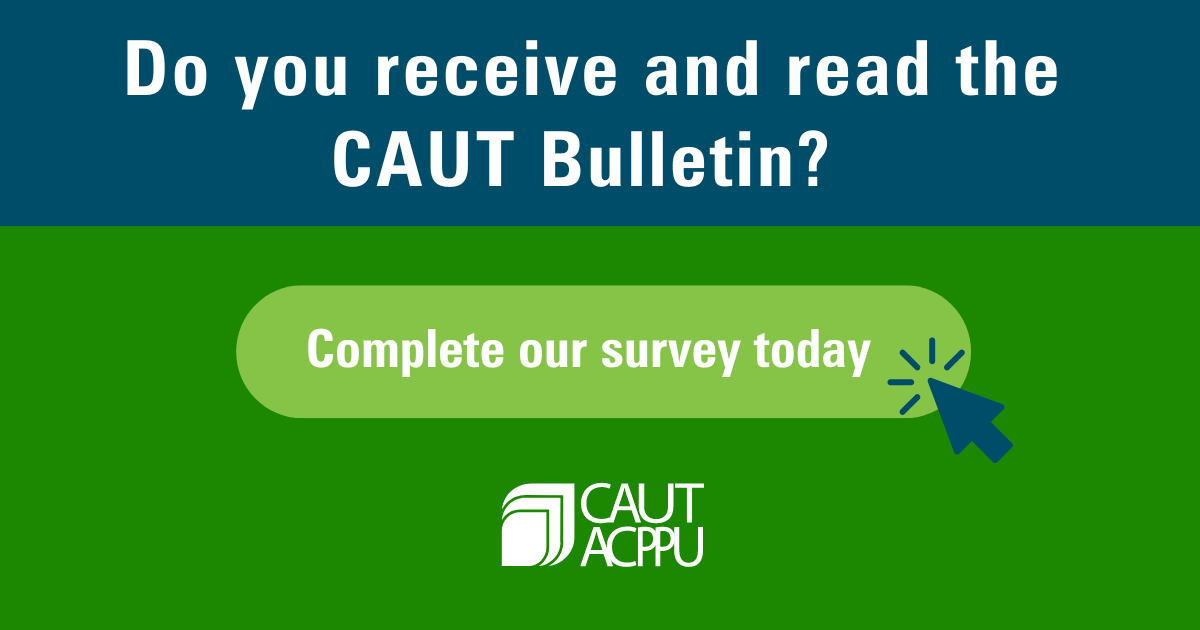 We are asking for your input to find ways to streamline and improve the CAUT Bulletin. Published by the Canadian Association of University Teachers (CAUT), the Bulletin is produced eight (8) times per year.

Given the significant changes over the past two years, we would like to hear from member associations and their members to help us determine future distribution options and editorial directions for the Bulletin.

Please take a few minutes to participate in this anonymous survey. Thank you in advance for your time and input!