Please ensure Javascript is enabled for purposes of website accessibility August NewsWire: Record number of strikes this past spring, more to come? - Mixed approaches to COVID - The power of librarians & archivists | CAUT

August NewsWire: Record number of strikes this past spring, more to come? - Mixed approaches to COVID - The power of librarians & archivists

Every month we send our supporters a newsletter with the latest CAUT and post-secondary education sector news. This newsletter was published on August 30, 2022. Subscribe to get the newsletter straight to your inbox.

A record number of strikes this past spring—more to come? 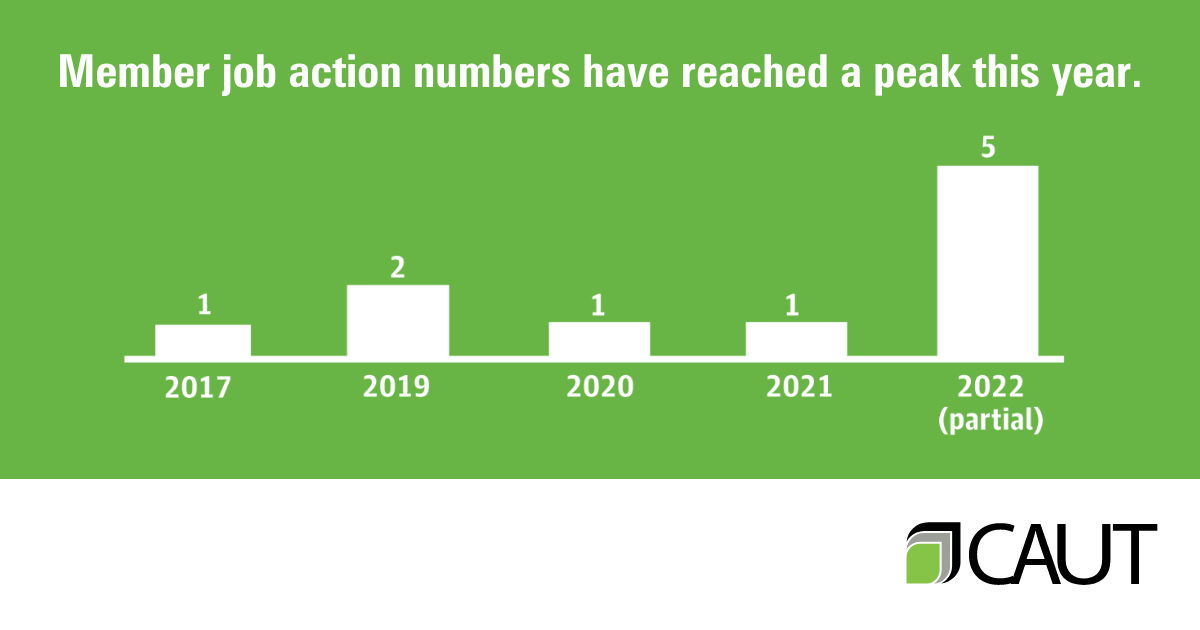 With 85 collective agreements of CAUT member associations expiring this year and by the end of summer 2023, a new wave of job action could be sweeping the country.

Academic unions are fighting for salary increases to offset the rising cost of living, manageable workloads, job security for contract academic staff, and equity, diversity, and inclusion in hiring and promotion.

Last month, the University of Prince Edward Island Faculty Association requested the appointment of a conciliator in its contract negotiations due to “intractable difficulties” and “little if any movement on a number of the most significant issues.” In July, the University of Western Ontario Faculty Association requested the Ministry of Labour to appoint a conciliation officer.

In British Columbia, most academic staff are among the almost 400,000 public sector workers whose agreements have recently expired or are expiring in the next year. The many academic staff associations in active bargaining are monitoring negotiations between the 33,000 members of the British Columbia General Employees Union (BCGEU) and the provincial government. BCGEU has been engaged in strike action since mid-August.

As post-secondary institutions start a third pandemic-era school year, many academic staff associations are advocating for a return to COVID-19 safety protocols.

The University of Western Ontario Faculty Association – the union representing faculty at Western University – endorsed the administration’s decision to implement masking in instructional spaces, and encouraged everyone to mask everywhere indoors where  social distancing is not possible. The University also imposed a booster vaccine requirement that drew mixed reactions from students, some of whom have protested the mandate.

At Carleton University, the academic staff association has urged the university to reinstate masking and/or vaccine mandates. CUPE local 4600, which represents the university’s  teaching assistants, research assistants, and contract instructors filed a grievance last week against to push the administration to reinstate its mandatory masking policy.

Across the country, institutions are adopting a patchwork of different approaches. The  University of Manitoba, for instance, has mandated have announced indoor masking measures but in the same city  the University of Winnipeg has dropped the masking requirement – despite strong support from the staff association for keeping the mandate. According to the Manitoba Organization of Faculty Associations, all Manitoba public universities should require masking on campus because the scientific evidence shows that masking saves lives.

Saskatchewan’s main post-secondary institutions will not require masking and proof of vaccination when students and academic staff return to campus. 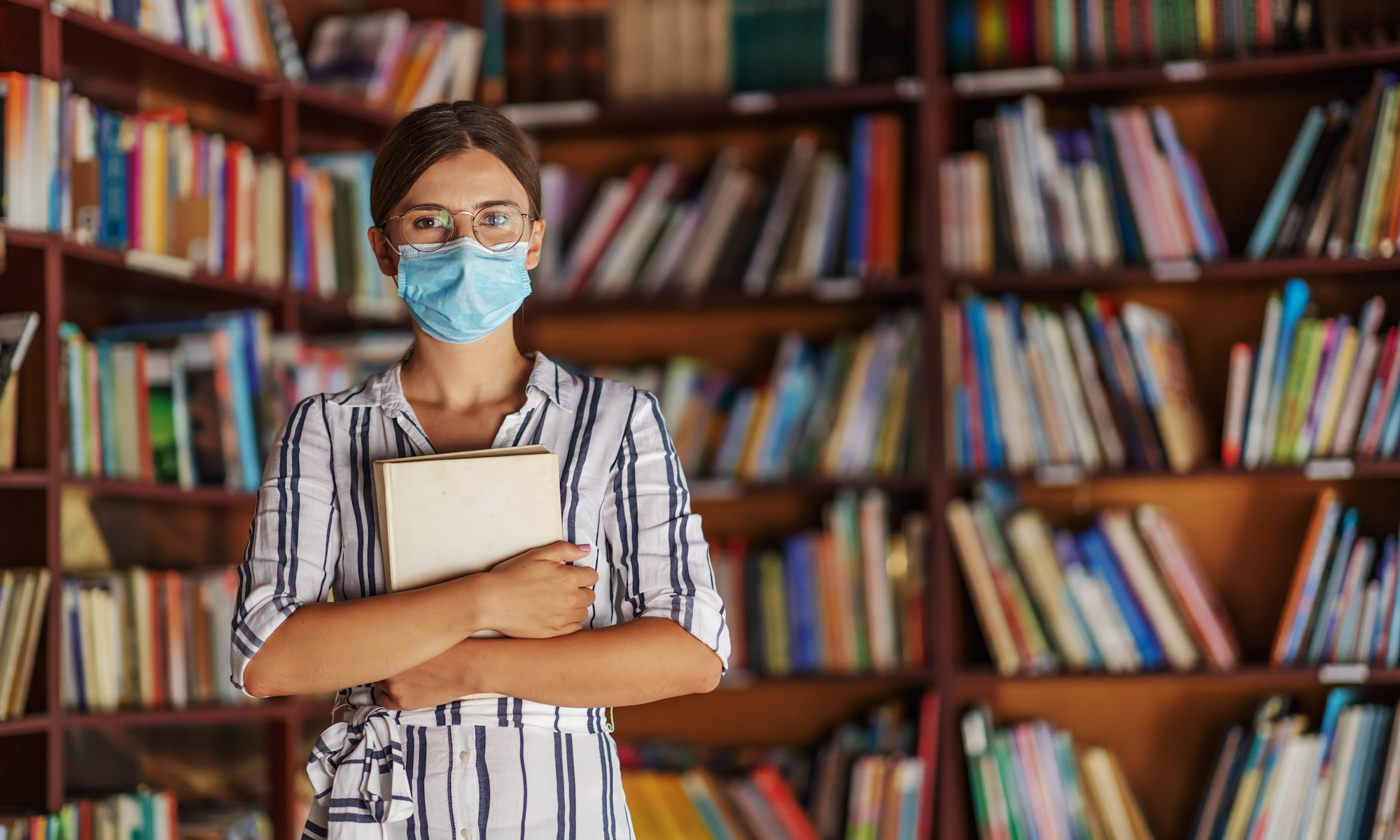 LUFA calling for members to support proposed 'plan of arrangement'

In a letter to its members, LUFA said it has made "substantial gains" on several key issues, including the creation of new faculty positions, formal representation of the association on governance review committees and an agreement that the University will support legislative changes to Laurentian University Act to permit faculty to serve as voting members on the Board.

"These gains are substantial, and we believe they are the best we could hope for given the severe restrictions of the CCAA," the letter said.Laurentian's creditors will vote on the plan of arrangement on September 14.

Grad and postdoc students calling for a living wage

Postdoc and graduate students took to Parliament Hill and the streets of Montreal earlier this month to demand a living wage. The students who depend on scholarships and federal fellowships say they are living in poverty—and struggling to make ends meet.

According to postdoc and graduate student advocates, the majority of  federally funded graduate and postdoctoral scholarships amount to less than minimum wage.  This forces the next generation of researchers into poverty, or to seek better funded positions abroad.

A recent report released by the House of Commons Standing Committee on Science and Research recommended “that the Government of Canada increase the number of scholarships and fellowships to graduate students and postdoctoral researchers and increase their value by 25 per cent and index it to the consumer price index.” The committee also said funding should be indexed on an ongoing basis.

The Athabasca University Faculty Association (AUFA) has declared its opposition to “the notion of forced relocation of staff,” amid a standoff between Athabasca University (AU) and the provincial government, which recently directed AU to move hundreds of university employees to the town of Athabasca.

“Anyone who moves to Athabasca should do so voluntarily, whether this is managed upon hiring or as a result of meaningful incentives,” wrote AUFA President Rhiannon Rutherford and Past President David Powell, in a blog post earlier this month.

The union leaders deplored that the university administration did not consult meaningfully with faculty and staff or share more information about the government’s directive – including the risk of losing provincial funding – before fighting back publicly.

They urged the university administration and the province to be more transparent and open by releasing, in their entirety, all relevant documents such as the draft talent management plan submitted by AU, and the letter with the Minister’s directives.

In an August 7 media report, Advanced Education Minister Demetrios Nicolaides announced that the province will move forward with mandating the relocation of 500 AU staff to the small town of Athabasca. Then he walked back the government’s threat to cut $3.4-million in monthly funding to the country’s largest online university if it did not re-locate staff.

AUFA has historically been in favour of AU maintaining its presence in Athabasca, and long advocated for a portion of new hires to report to offices in the region. However, the Association says, the relocation of the academic workforce and their families to the Athabasca region is impossible in such a such a short amount of time.

CAUT’s standing committees met in August, the first in-person meetings since the onset of the COVID-19 pandemic.

The Academic Freedom and Tenure Committee reviewed several current cases and grievances and discussed broader issues of concern including the implications of new educational technologies, debates about the distinction between academic freedom and freedom of expression and questions about collegial governance. The Committee also proposed revisions to policy statements on trigger warnings, the targeted on-line harassment and mobbing of academic staff and CAUT’s procedures relating to censure.

For the Collective Bargaining and Organizing Committee, much of the meeting focused on the recent wave of strikes. The Committee is working to update the CAUT Strike Manual and developing new resources to assist with strike preparation.

The Equity Committee focused its time on preparing a draft agenda for the next CAUT Equity Conference to be held in February 2023. Committee members also discussed the ongoing development of the equity toolkit and highlighted the need to better foreground the issues of concern to academic staff with disabilities.

Finally, the Contract Academic Staff Committee reviewed recent benefits and stipend survey data and discussed the development of a new policy statement on intellectual property rights. The Committee also met with the Equity Committee to discuss mutual issues of concern.

Standing Committees are scheduled to meet next in March 2023.

'Together, we are stronger' 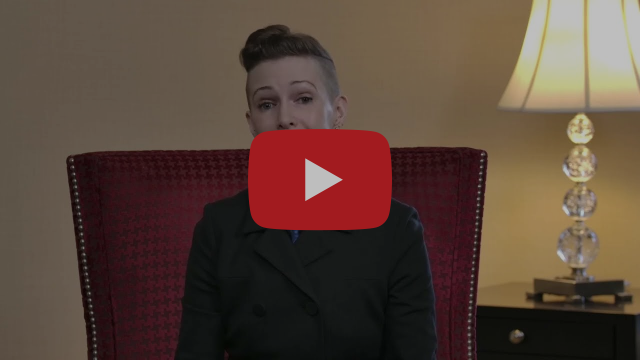 In April 2022, delegates to CAUT’s 92nd Council re-elected Kate Cushon, a librarian at the University of Regina, for a second term as chair of the Librarians’ and Archivists’ Committee. She has served in the committee since 2018, when she was first appointed as a member. She shares her thoughts on the importance of collective action and activism for librarians, archivists and all CAUT’s membership. 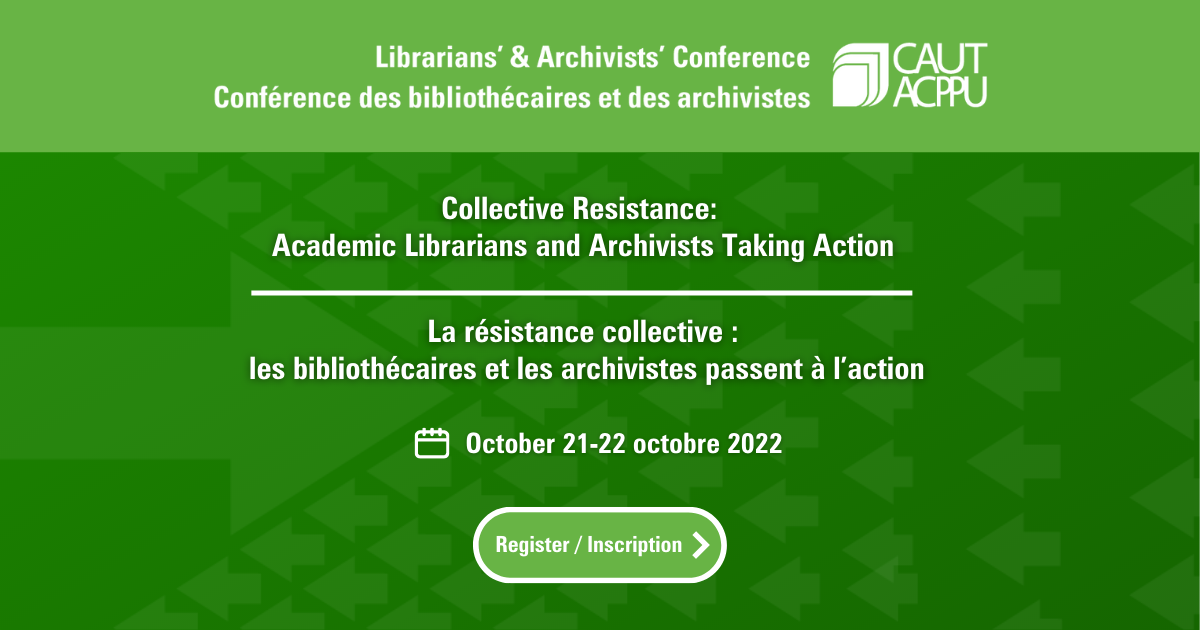 Registration is open for the 2022 CAUT Librarians’ and Archivists’ Conference taking place October 21-22 in-person at the Marriott Hotel, Ottawa, and on-line. The theme is Collective Resistance: Academic Librarians and Archivists Taking Action.

Join us to learn how colleagues have successfully organized to defend the profession, uphold academic values, and build solidarity. For more information, visit the CAUT website.