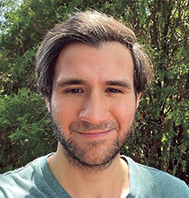 Within the last year, a spate of bills seeking to ban the teaching of concepts related to racial justice and the history of racism in the United States have been introduced in at least twenty-three states, and at least twenty states (many of the same ones) have seen proposals to restrict the teaching of ideas related to gender justice and equality. Most of this legislation targets public K–12 schools, but many of the bills would extend restrictions to teaching at public colleges and universities. Bills banning the use of “divisive” concepts in training programs and K–12 education have been signed into law in a number of these states, and proposals banning the use of such concepts in higher education are advancing elsewhere.

At the national level, Republican members of Congress have sponsored similar legislation, including a bill that would prohibit federal funding for any entity that “teaches or advances” certain ideas about the influence of race and racism in American history and society.

This wave of legislation raises a number of pressing legal questions involving academic freedom and the First Amendment. Two of the Supreme Court’s foundational cases in the area of academic freedom, Sweezy v. New Hampshire (1957) and Keyishian v. Board of Regents (1967), condemned efforts by the state to “impose a strait jacket” upon teaching and to “cast a pall of orthodoxy over the classroom.” By seeking to advance a regime of government censorship of controversial ideas—in some cases to the point of dictating how certain historical events should be treated in the classroom—these bills plainly conflict with those principles.

The American Association of University Professors (AAUP) recently made these and related points in an interestedparty brief filed with the Texas attorney general’s office in opposition to a state representative’s effort to have that office declare that the teaching of concepts related to race, including critical race theory, violates the US Constitution and other laws. As the AAUP’s brief argued, “a government ban on classroom discussions of ideas and analysis concerning historical context and current issues of race and racism in the United States would violate academic freedom and undermine the higher education system.”

A related aspect of these bills is their unclear and imprecise wording. A Texas law, for instance, prohibits teachers from discussing “the concept” that “slavery and racism are anything other than...failures to live up to the authentic founding principles of the United States.” Given this wording, it would seem to be an open question whether history teachers could meaningfully discuss the Constitution’s proslavery clauses with their students or ask them to read William Lloyd Garrison’s famous 1854 speech, in which he branded the US Constitution “a covenant with death” because of its endorsement of slavery. An Oklahoma law confusingly prohibits teachers from discussing with their classes a laundry list of concepts involving race while at the same time stating that the law does not prohibit the teaching of concepts that “align to the Oklahoma Academic Standards,” a lengthy set of guidelines that, in the case of the social studies curriculum, actually encourages teachers to “examine ongoing issues including ...race relations.” This lack of clarity threatens to chill academic freedom by discouraging educators from engaging in speech protected by the First Amendment and thereby implicates constitutional prohibitions on vague and over-broad laws.

There are few recent historical precedents for laws restricting the teaching of specific ideas gaining so much traction so quickly. Most notably, in the 1920s several states passed antievolution laws in response to an upsurge of religious fundamentalism. The bestknown of those statutes, Tennessee’s “monkey law,” was enacted in 1925 and resulted in the infamous trial of high school teacher John Scopes. The Supreme Court’s ruling several decades later, in Epperson v. Arkansas (1968), put an end to such laws based on the First Amendment’s Establishment Clause.

Although much remains to be seen, the sheer size and scope of this upsurge in legislation indicate that it will not take as long for courts to resolve the myriad issues raised by these new laws. Let us hope that resolution will preserve the core values of academic freedom and free speech.

News / Academic freedom must be part of judicial review

CAUT has applied to intervene in the appeal of a Canadian Judicial Council (CJC) decision from... Read more