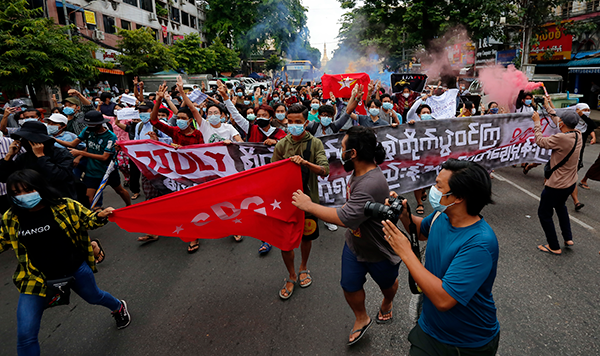 Around the world, academics and researchers are subject to attacks by both state and non-state actors. Through its Academic Freedom Monitoring Project, Scholars at Risk (SAR) responds to these attacks by identifying and tracking key incidents, with the aim of protecting vulnerable individuals, raising awareness and encouraging accountability. SAR recently published Free to Think 2021, its annual report analyzing attacks on higher education communities around the world.

The report contains a litany of violence, from a deadly bombing at Kabul University to armed abductions on Nigerian campuses and lethal military force against students and teachers resisting the junta in Myanmar.

“We are at a crisis moment: a surge of Afghan scholars seek refuge from the Taliban and the increasingly narrowing space for expression in Afghanistan, while lawmakers’ efforts in more open societies, including the United States, seek to restrict what can be taught in lecture halls,” SAR founding executive Robert Quinn said on release of the Free to Think 2021 report.

The report analyzed 332 attacks on post-secondary teachers, students, and their institutions in 65 countries in the last year, a statistic that represents “only a fraction” of the total around the globe.

Killings, violence, and disappearances comprised a third of the attacks. Another third were imprisonments. In India, authorities prosecuted scholars and students under an anti-terrorism law for expressing views against the ruling party. A far-reaching national security law imposed by Beijing on Hong Kong led to a crackdown on academics. In Belarus, teachers and students who protested Alexander Lukashenko’s election victory were suspended and dismissed.

The Scholars at Risk’s monitoring report included the rescinding of a job offer to Dr. Valentina Azarova as director of the University of Toronto’s International Human Rights Program after a donor voiced concern about her scholarship on Israel and Palestine. The University’s decision in September 2020 prompted a rare motion of censure by CAUT. The censure was recently lifted after the position was reoffered.

The SAR list also included 34 “loss of position” incidents where scholars were fired, suspended, or otherwise punished for their academic work or beliefs.

Clare Robinson, Scholars at Risk advocacy director said, “the frequency and global reach of these attacks should be alarming, not only to those in higher education, but to society at large.”

The report was released December 9, along with a ceremony for the recipient of the 2021 Courage to Think Award, Dr. Ahmadreza Djalali, a prominent scholar of disaster medicine sentenced to death in Iran.

By the Numbers / Highlights of the 2021 post-secondary counselling survey