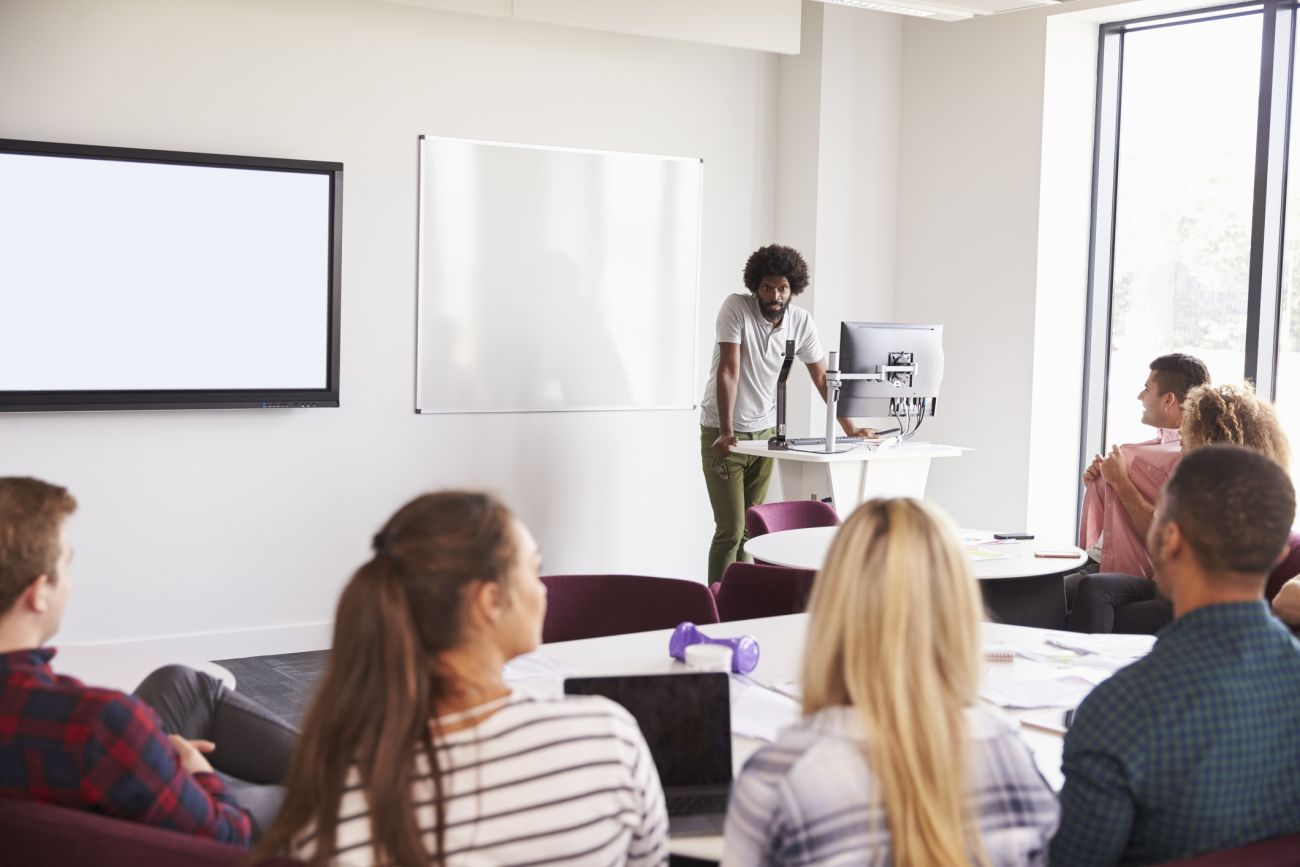 One of the biggest decisions many couples have to make is whether or not to have children. Choosing the right time to do so can also be a source of anxiety for many. For professor Rhiannon Don, the decision was even more com­pli­cated, since she was worried about losing her job if she got pregnant at the wrong time in the academic year.

“We often joke that I planned the birth of my daughter so that I could teach for a whole semester, take seven months off and come back for the following academic year, but it isn’t really a joke,” says Don, who has been teaching on limited-term contracts at Nipissing University for the last nine years. “I was worried that if I had my baby at the wrong time, they would use it as an excuse not to hire me back. And even though I was entitled to take a year off, I didn’t because I felt I had to go back to work so that I wouldn’t lose my spot at the university.”

Don is working full time on a ten-month renewable contract. Every year, her contract has been renewed, but every year she lives in uncertainty. Active in her faculty association, she has taken part in three rounds of bargaining as well as spearheading a number of campaigns to raise awareness about the working conditions of contract academics.

“Usually, I teach four courses a semester, but I have five this semester, since I got a call ten days before school started asking me to teach a brand new course. Technically I could have said no, but realistically I couldn’t. I have to think about the next time down the line. I don’t want to be denied a contract for lacking collegiality or not being very accommodating,” she adds.

When he left his research position in the United States to follow his wife to Halifax in 2007, Philip Bennett thought he’d soon be able to find a job teaching astronomy in a city rich with post-secondary institutions. Nearly ten years later, he explains how that scenario never materialized, and how he is still living in uncertainty from one semester to another, often having to juggle courses at Saint Mary’s, Dalhousie and Mount Saint Vincent during the same semester.

“Financially, I’m fortunate because this isn’t a matter of survival for me, since my wife is a university professor and has tenure at Dalhousie. Currently, I have a full-time contract for ten months, but this is the first time I’ve had a full salary. It’s frustrating, not knowing how much you’re going to earn. It’s hard to plan. But also, when you teach part-time, there’s a huge lack of recognition and you feel like you’re invisible,” Bennett says.

These examples are just the tip of the iceberg, and they reflect the often hidden but harsh reality of a growing proportion of academic staff on our campuses. Nearly one-third of those who teach in Canadian universities and colleges are in precarious appointments. With no job security and often no benefits, many contract academic staff find themselves teaching three, four, and even five courses per semester.

In response to the rise in casual employment, CAUT has, for more than a decade, held an annual campaign focussing on the problem in an effort to improve working conditions for contract academic staff. “Contract academic staff are poorly paid, have little or no­thing in the way of benefits, have no job security, and they do not enjoy the same rights as their colleagues,” says CAUT exe­cutive director David Robinson. “This situation is unfair for everyone.”

This year, CAUT’s Fair Employment Week campaign will focus on the importance of improving working conditions for contract employees. The campaign features a declaration of solidarity, a survey to find out more about working conditions for contract employees, and pledges of support for the nationwide Fight for $15 and Fairness campaign. There will also be a series of local campus-based activities leading up to a conference on contract academic staff issues that CAUT is organizing for 2017.

James Gerlach knows all about the life of a precarious academic after years of contract work at Wilfrid Laurier University, as well as through his role as chair of CAUT’s Contract Acade­mic Staff Committee. “We need to educate tenured faculty, who sometimes have prejudices, we need to educate the administration, we need to educate contract staff themselves, who can be reluctant to talk about their status, and we need to educate students, who often aren’t aware that we’re contract staff. I feel we have a duty to tell it like it is to students and explain, for instance, that we can’t meet with them in our office because we don’t have an office, and that we don’t know which courses we’re going to be teaching next semester.”

At Wilfrid Laurier, contract academic staff teach an average of four courses per semester and earn a salary of $29,000 per year with very limited benefits. Half of the contract staff have been teaching for more than five years and account for nearly 40 percent of the institution’s academic staff.

“It’s frustrating for young teachers who have done a doctorate or a post-doctorate to be taking on teaching contracts,” Gerlach adds. “They are looking to achieve tenure and using opportunities like these as a springboard. But for contracts like these to really be a springboard for teachers, they need to be able to do research and have an active profile — and that’s an extremely hard thing to do when you have to teach eight or nine courses a year.”

Rhiannon Don also believes raising awareness in the broader university community is the key to gaining leverage when it comes to negotiating better working conditions. She and her team are currently working on a campaign that will feature a museum-like exhibition where displays will dramatize the day-to-day impacts of the casualization of the academic profession. For example, they asked one colleague who works part-time at both Nipissing and Trent universities to save all the cardboard coffee cups he drinks on the long drive between campuses over the space of a few days. “We also drew up a map of Ontario with a star marking North Bay, and we drew lines between there and the places contract staff travel from to teach at Nipissing. We also collected prescription bottles from our members to highlight the fact we don’t have drug insurance,” Don says.

According to David Robinson, one of the key problems is that many contract staff find themselves overlooked when permanent positions open. “Despite being fully qualified to conduct research in their field of expertise, they often aren’t compensated for or able to undertake research because of their contracts and heavy teaching load. And without an active research record, it’s very difficult to find a career path that can lead to tenure.”

Philip Bennett agrees that the lack of resources to conduct research work is frustrating. He explains how at Saint Mary’s, for instance, the administration earmarks $4,000 for contract staff to attend conferences, but caps the funding at $500 per event, which often doesn’t even cover the airfare. “We’re useful enough to teach, but we’re not really part of the system. We don’t have the right or the opportunity to do research work, and that’s unfair.”

James Gerlach would tend to agree. “They tell us we weren’t hired to do research or to do service to the community. Meanwhile, we’re seeing the sheer number and percentage of contract staff growing from one year to the next, and we’re seeing more and more students in our classes. Whereas we might have been teaching 50 students not so long ago, now we often have 200. It’s a tall order.”

PhD candidate David Christopher from the department of art history and visual studies at the... Read more
/sites/default/files/styles/responsive_low_constrict/public/teacher-advises-students-in-stem-high-school-507993950_2125x1416.jpeg?itok=9S3rWQse
October 2016

“Work hard and good things will come.” I’m sure many young Canadians were taught this maxim... Read more
/sites/default/files/styles/responsive_low_constrict/public/news-default.png?itok=qGjUovvw
October 2016

Faculty groups in the United States are warning that the increasing reliance upon metrics to... Read more