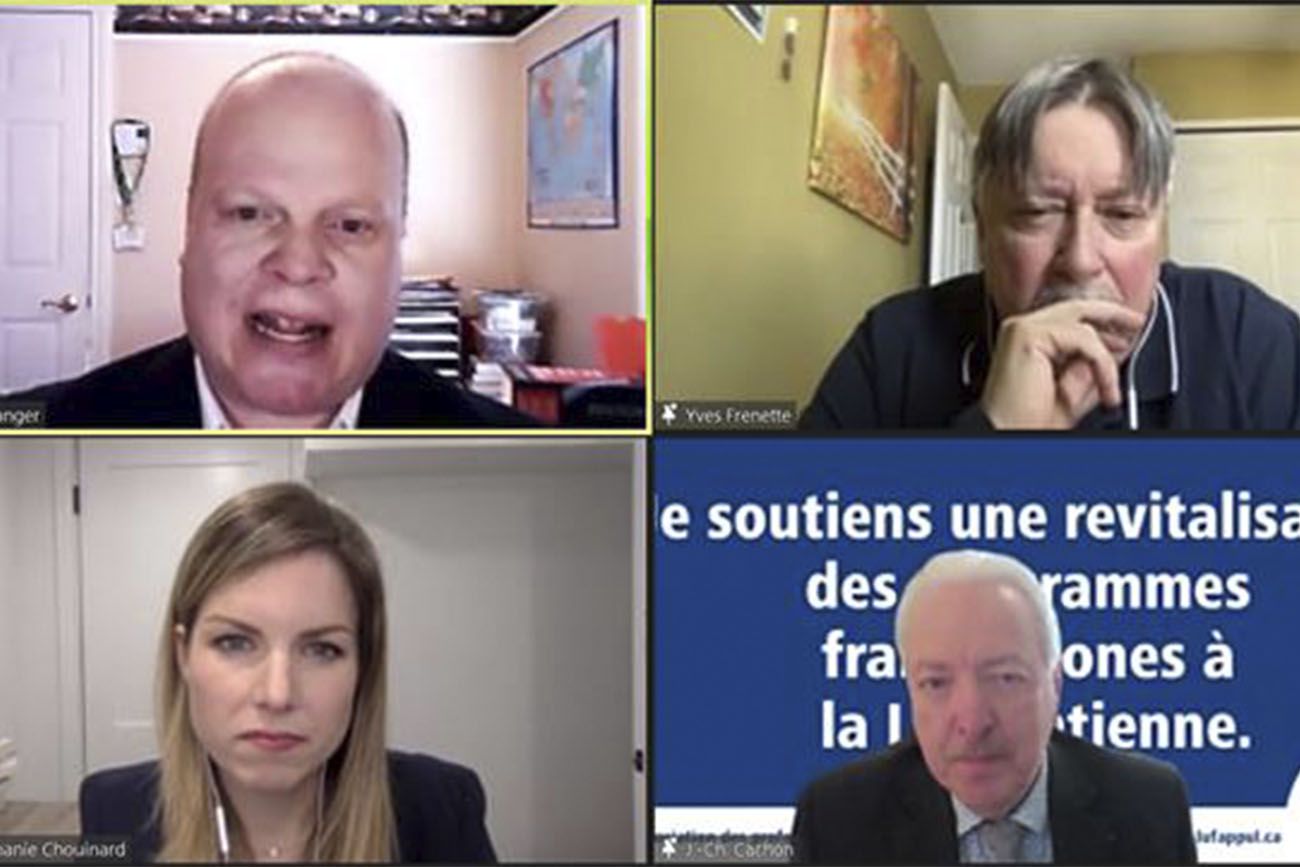 Participants at a virtual townhall on February 26 discussed how the pandemic has contributed to increasing pressures on francophone Canadian universities.

Yves Frenette, a professor at the University of Saint-Boniface and Canada Research Chair on Migration, Transfers and Francophone Communities, noted that even before the pandemic struck, francophone institutions in Canada were struggling against attacks on numerous fronts.

“Canadian Francophonies outside Quebec are served by 15 university institutions, of which only five are independent and entirely French-speaking. The pandemic has exacerbated the present problems: the increasing attacks against the missions of the universities, their autonomy, alongside the lack of transparency of administrators, coupled with indifference and growing hostility,” he said.

The results of underfunding and lack of collegial governance are illustrated in the recent insolvency declaration by Laurentian University.

“It has become increasingly difficult over the years to complete programs in French in certain fields, especially in the sciences,” said Jean-Charles Cachon, a professor in the Faculty of Management at Laurentian, and Treasurer of the Laurentian University Faculty Association. “We find ourselves in a current situation with the announced suspension of 17 programs, nine of which were in French.”

Speakers described other actions that are undermining post-secondary French education for minority-language communities at locations across Canada, ranging from the Université de Moncton in New Brunswick, to Edmonton, where the Saint-Jean campus of the University of Alberta is situated.

“In Alberta, there is the economic argument — which is also used across the country. And we know that official language minorities, especially the francophone community, often bear the brunt of economic austerity programs,” said Stéphanie Chouinard, an assistant professor of political science at the Royal Military College of Canada.

President’s message / What’s there to lose?

By Brenda Austin-Smith A few weeks ago, the administration of Laurentian University filed for... Read more
/sites/default/files/styles/responsive_low_constrict/public/news-caut-journal-apr2021.jpg?itok=cPmT1jG6
April 2021

CAUT has launched a new online refereed publication. The CAUT Journal is a forum for critically... Read more
/sites/default/files/styles/responsive_low_constrict/public/news-climate-petition-apr2021.jpg?itok=0nXJZ5LO
April 2021