Please ensure Javascript is enabled for purposes of website accessibility Do you know who sits on your board? | CAUT 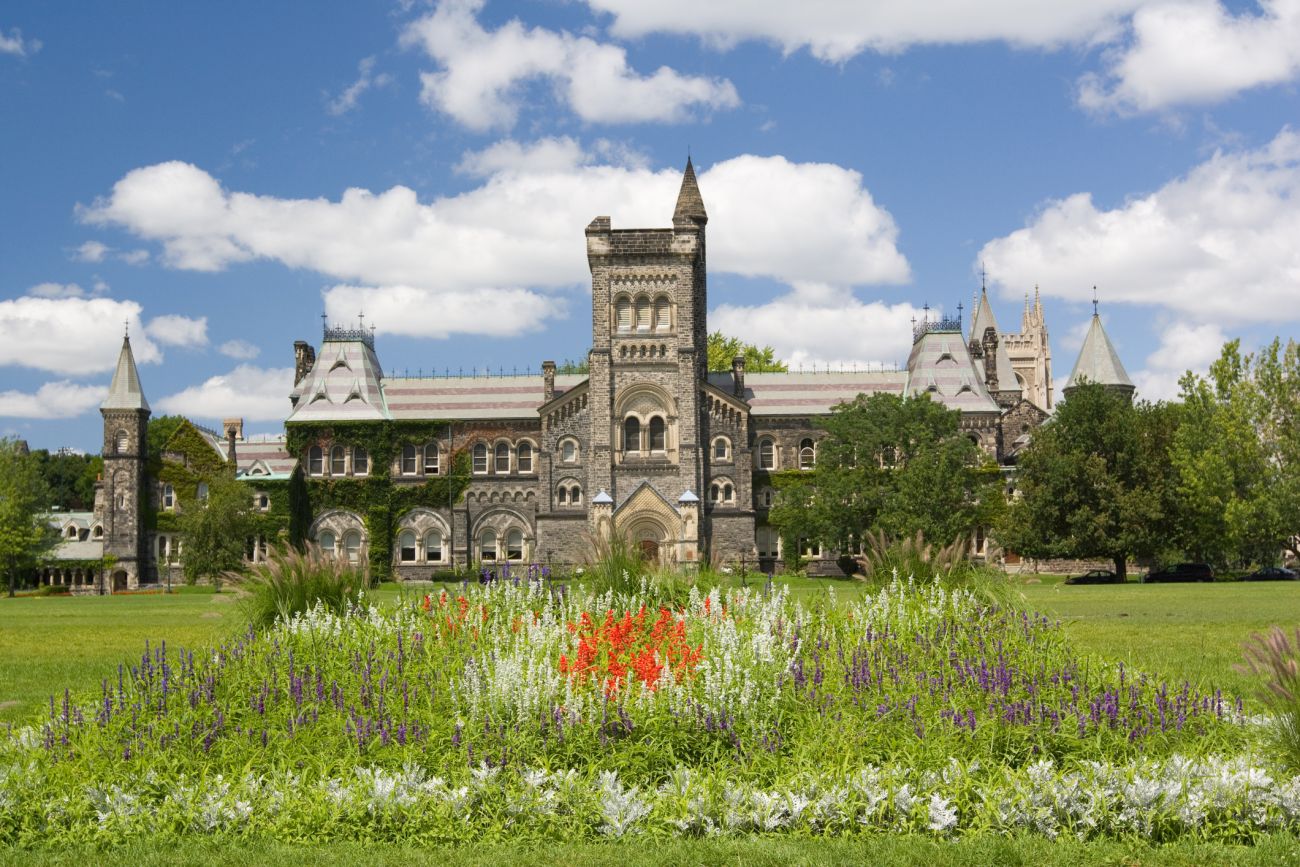 An investigation spearheaded by CAUT shows how the private sector is increasingly dominating boards of governors across Canada’s research universities.

The private sector holds a tight grip on the governance of top Canadian universities. Bankers, lawyers, corporate executives and other players in the business world make up 49.1% of the membership of the boards of governors at Canada’s 15 research universities.

CAUT’s investigation has revealed that 194 of the 395 governors listed as of May 1, 2016 came from the corporate sector. This contrasts with 165 governors hailing from the academic community (administrators, academic and support staff, and students) — representing 41.8% of the total membership. The remainder of the membership is made up of 32 individuals from within the public service (8.1%) and four positions were vacant (1%).

“The critical question is to what extent the corporatization of governance shifts the priorities of universities and colleges to reflect those of the corporate sector, with fewer voices from students and staff heard at the highest levels of decision-making,” says CAUT executive director David Robinson.

According to Robinson, the consequences of this corporatization of boards of governors show up in many ways: institutions become more secretive, generous contracts with confidentiality clauses are awarded to senior managers, codes of conduct and gag orders are imposed on governors, and meetings are increasingly held in camera.

Carleton University, for instance, is waging war on biology professor Root Gorelick, who served on the board of governors as an elected faculty representative while blogging about issues that came up during open sessions.

The board tried to gag Gorelick by imposing a code of conduct banning all governors from commenting publicly on any part of their meetings. Not to be intimidated, Gorelick refused to sign which ultimately led to the board of governors rejecting his bid to seek re-election.

“The problem is that we’re now managing the university like a private corporation,” professor Gorelick says. “In this sense I find it quite revealing how the new code of conduct uses the word ‘CEO’ in reference to our president. It’s hidden in the small print, but it’s still there and that’s what’s worrying.”

The CAUT analysis found that insurance and finance executives and professionals and senior officers of public- and private-sector corporations occupy a significant number of seats on the boards of governors of Canada’s 15 research universities. All in all, these subsectors account for two-thirds of private sector governorship.

For example, 15 of the 26 seats on the board of governors at McGill University are held by individuals from the private sector. Of these 15 governors, seven are lawyers by training, while the university’s chancellor — an ex officio member — is also a lawyer with a major Montreal law firm.

“Theoretically, the fact that a governor is materially independent and does not depend financially on the university is a good thing. But the lack of a process for selecting these people and making sure they properly reflect society means there has been a homogenization in the profiles of these governors,” Alexandre Beaupré-Lavallée, assistant professor of education administration at Université de Montréal, points out.

According to Beaupré-Lavallée, blindly adopting private sector management models is hurting universities. “There’s a reason why most universities are managed on a bicameral system, and that’s because the university needs both points of view in order to properly fulfil its teaching mission,” he says.

It’s a point of view echoed by his colleague, Dr. Abdoulaye Anne, assistant professor in the faculty of learning sciences at Laval University. He points to three factors as having con­tri­buted to the corporatization of governance: the drop in government grants that has forced universities to diversify their income; the broad influx of new governors from the private sector who bring a different mentality and fail to grasp the concepts of academic freedom and collegiality; and the wave of neoliberalism sweeping across society as a whole.

“If nothing is done, we’ll end up with a university more heavily oriented to catering to the specific needs dictated by the invisible hand of the market,” Dr. Anne insists. “Some fields are going to end up paying the price. We’re already seeing how disciplines like humanities, social sciences, and philosophy are the first to lose out when there’s a drive for efficiency and a need to balance the books,” he explains.

But the mass presence of the private sector isn’t the only guilty party here. Critics have been saying that even the representatives of the university community sitting on the boards of governors are not all independent and free.

According to the compilation spearheaded by CAUT, members of university administration account for 17% of the 165 governor positions held by the university community. In al­most all institutions, the president and chancellor are ex officio members of the board of governors. It is also common for another senior management figure to sit on the board of governors — such is the case, for instance, at Laval University, where the executive vice-president is also an ex officio member of the board.

“Heads of university boards of governors are essentially making sure they appoint people who toe the line with pro­ven business models,” Dr. Anne adds. “They’re training management technicians who are not there to ask questions, only to make sure the machine runs smoothly. They’re not looking for people with critical minds who are going to spark debate.”

That’s what Gorelick found during his time as a governor. “If we have collegial governance, if the board of governors truly is collegial, then all of the members should be colleagues and be treated as equals. On our board of governors, the chair, the vice-chair, and all the committee chairs sit on the steering committee. There are no rules saying that has to be the case, but two-thirds of the governors on the board hail from outside and that’s what happens. The dice are loaded,” he says.

“The culture of secrecy is growing in the administration of our universities and it boils down to the fact that our universities are increasingly being managed according to private business models. The administration wants to make decisions alone and isn’t interested in hearing what students or faculty think about things,” says Jamie Brownlee, the author of Academia, Inc.: How Corporatization is Transforming Canadian Universities and an instructor at Carleton University.

According to Brownlee, addressing the issue of who sits on these boards and who doesn’t is of little significance. “If you take a look at what’s happening on the board of directors of a private corporation, you’ll quickly see things are not that different. Most of the time directors end up endorsing the decisions made by senior management; otherwise they’ll lose their seat.”

Brownlee believes we need to speak out against the crux of the problem, which is an opaque governance system that allows a small number of individuals to make decisions in a vacuum — decisions that will have an influence on academic life — without regard for the principle of collegiality. “The administration is increasingly being isolated from the rest of the university community, and that’s a dangerous thing,” he adds.

“The problems we’re seeing have been growing for decades,” notes CAUT’s David Robinson. “But there has been a renewed resistance on the part of staff and students to demand greater transparency, openness, and responsiveness to the educational mission of the institution.”

As an example, Robinson points to when the academic staff association at Western lifted the veil on the million-dollar double salary paid out to president Amit Chakma last year. The money was part of a contract awarded by the board of governors. The enduring scandal galvanized the academic community, and the chair of the board of governors Chirag Shah, a partner in the firm PricewaterhouseCoopers LLP, opted to step down from his duties before the end of his term.

According to Beaupré-Lavallée, provincial governments need to realize the urgency of the situation and understand they have every interest in stepping up regulations for appointing governors to the boards of public universities. “The selection process should guarantee diversity in our so­ciety. It’s the lack of process that has led to the over-representation of the private sector compared to other sectors of our community.”

Tell us about yourself. What are your teaching and research interests? I’m an associate... Read more
/sites/default/files/styles/responsive_low_constrict/public/donaldsavage.png?itok=I9k1MhHJ
September 2016

When oil prices were high and rulers in the Middle East were wealthy beyond the dreams of... Read more
/sites/default/files/styles/responsive_low_constrict/public/university-campus-in-fall-623597654_1972x1524.jpeg?itok=BY4TD99r
September 2016